A Spinning Wheel Kind of Life 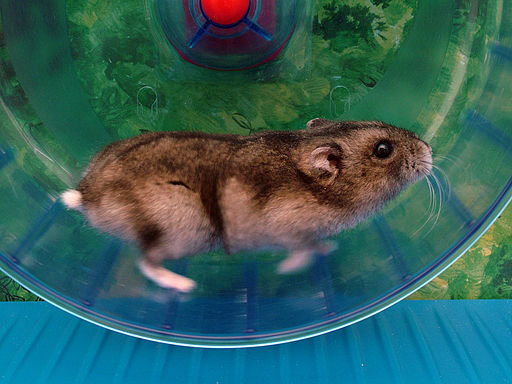 Ever felt like this fella in the photo? Most of us, from time to time, experience the feeling of being a mouse on a spinning wheel: running hard but going nowhere. And perhaps, this is the way life has always been. A frantic pace with fragmented peace. Sometimes this wheel spinning kind of life:

Jumping off the Spinning Wheel

The above are but a few of the inherent reasons for wheel spinning but there is a way out, and this is what one person I am coaching is doing. These are the recommendations I gave him and which, in a short period of time, he has successfully adopted. Simple but effective. These are but four disciplines that are taking him from the manic pace of the spinning wheel to the planned, disciplined and productive pathway on the ground. If you feel like you are on the spinning wheel, the only way out is by getting off, even for short periods of time: to think, to plan, to utilise technology and others and to outsource wherever you can.
View latest blog articles